“I want to get a panther!” – That’s how Bombay’s cat breeding work was started by Niche Horner of Louisville, Kentucky (USA), a well-known American cat breeder. Knowing that most people would never be able to buy a panther, Ms. Horner went to work to create a mini panther.

In 1958, Horner crossed a black American Shorthair with a dark brown burma. The litters of the litter shattered all her hopes, as they resembled American shorthair cats and bear little resemblance to panthers. All litters were neutered and sold as domestic cats. However, the dream of a panther remained, and by mating, selecting and choosing partners, Hornere managed to get a perfect dark brown burma and a black American Shorthair whose golden gleaming eyes clearly showed that the blood of Persian cats also flowed in her veins. and the dream came true – kittens were born, resembling miniature panthers. Breeding work continued, hundreds of kittens were rejected before the Bombay cat phenotype was confirmed. It was not until 1976, eighteen years after the first experimental litter was taken, that the Bombay cat breed was finally approved. 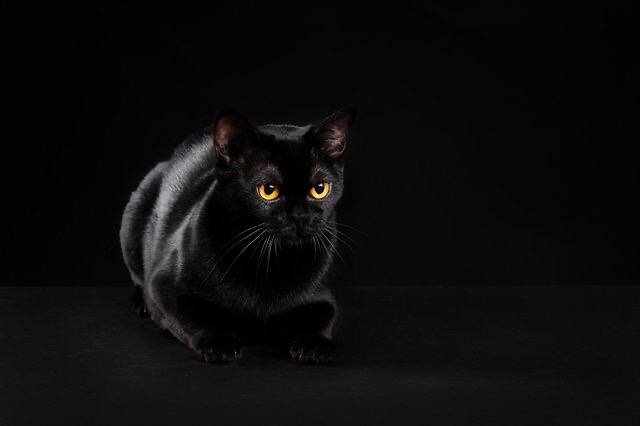 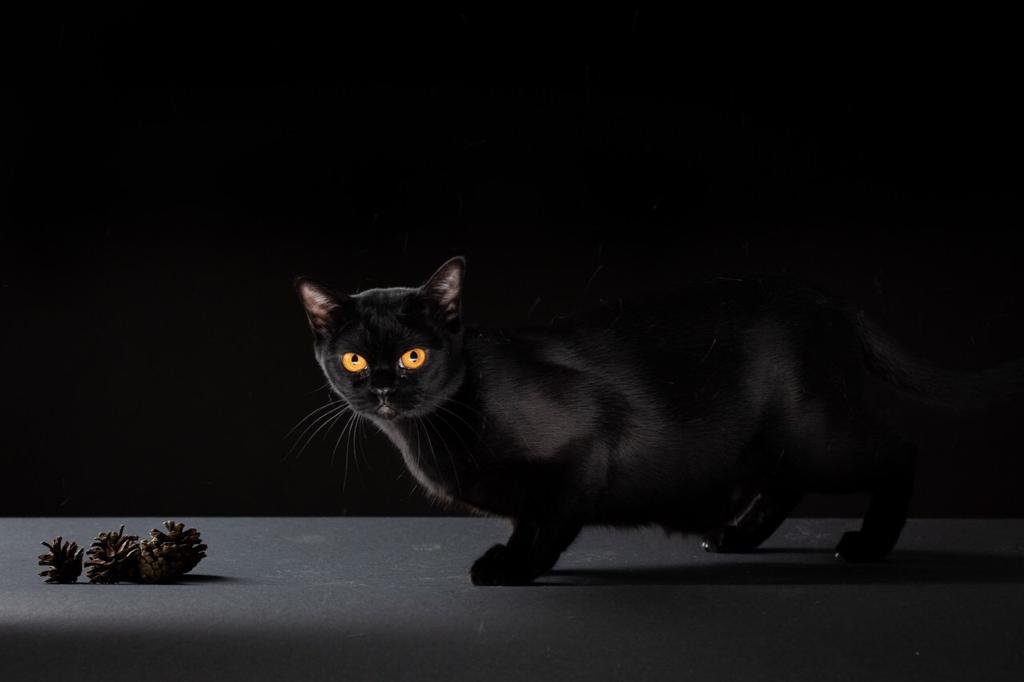 In Europe, including the United Kingdom, some clubs approved the breed standard in 1990, while others have not yet recognized it. In appearance, the Bombay cat resembles a Burmese with a medium-sized muscular body resting on thin legs with oval paws. The tail tapers towards the tip, of medium length. The head is short, broad, with a characteristic transition from forehead to nose; the ears are set far apart and their ends are rounded. The most fantastic are the Bombay cat wool – short, raven black, without undercoat, shiny and reminiscent of patent leather – and golden glittering eyes. Felinologists believe that the Bombay cat is different in appearance from any other black cat. The cat is temperamental, demands attention from the owner, but meets children and dogs well. 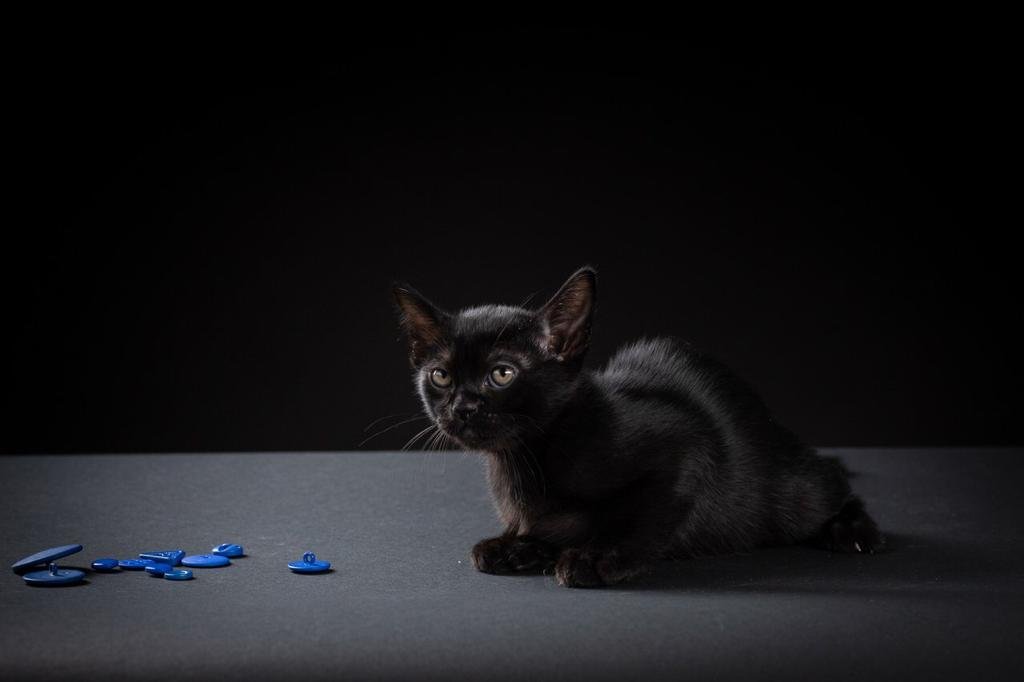